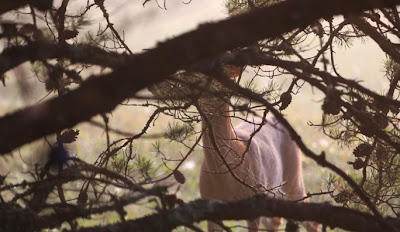 Thoughts
Last Saturday morning was the opening of muzzleloader season in Arkansas. As daylight oozed in through the pines, my phone vibrated and I quietly read the two text messages. They were from my two best hunting buddies; my dad and my brother. They had opted to open the black powder season in South Arkansas while I opted to stay close to home in the North. They were wishing me a good hunt.

Throughout the morning, we would quietly text from time to time.

"I had three cross the logging road about five minutes ago."

"I can't hear anything for the noisy squirrels!"

I don't usually get into bringing technology with me on a hunting trip, but it was nice to "virtually" hunt with my buddies even though we were a few hundred miles apart.
(Brian H)

Action Point
Things change. No doubt. But show me a church, or a group of believers that refuse to change methodology as they proclaim Christ and I'll show you a group that have ceased to be effective - at least with younger generations.

I'm not talking about changing the MESSAGE. That never changes and can NEVER be compromised. But, let your mind drift to the reformation era. People of that era had different life examples than today. Suppose that a preacher was speaking to a group of teenagers and kept using the analogy of churning butter or hitching up the mule to the plow. That's not going to hit home with those kids because they can't identify with those actions. But, what if he presented his message and used the analogy of texting on a cell phone. Ah! They get it!

In my story above, we had changed our communication method, but were still communicating the same message as we always had. When I was a child, we hunted until noon, came out and talked about our morning hunt face-to-face. Then we started using radios,walkie talkies, to communicate. Nowadays, we use text messaging because it's quieter. My point? The message stays the same, but the method has to change to remain effective.

As the writer of Hebrews states, Jesus never changes. Never compromise the message. It's still the same as it has always been. But look at your methods for reaching a lost world and don't be afraid to innovate. Innovate, but NEVER compromise.

Sportsmen's Tip of the Day
If you do choose to carry technology out with you, for goodness sake, put it on silent mode and don't over-do it. You could miss a chance for a shot, but also, you're out there to relax and too much texting overshadows why you're out there in
Posted by Sportsmen's Devotional at 12:26 PM